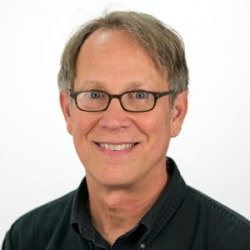 Francis Neely is an associate professor in the Department of Political Science. He specializes in American politics, political psychology, and quantitative methodology. He teaches courses that examine political attitudes and behavior, parties and partisanship, and research design and methodology.

His current research examines partisanship in the U.S., focusing on the social-psychological aspect of citizen-party relationships. In addition, he led a two-year study of ranked-choice voting in San Francisco, in collaboration with Professor Corey Cook (USF) and the Public Research Institute (PRI). In this study, they assessed the impact of the 2004 reform from a majority runoff system to an alternative voting system with attention to groups of voters who may be at risk.

His publications include a solo-authored article on party identification in Political Psychology (2007), a co-authored article on San Francisco's reform to ranked-choice voting in American Politics Research (2008), and a co-authored article examining attitudes about the women's movement, published in Public Opinion Quarterly (2000). He has also contributed entries to the Encyclopedia of American Parties and Elections (2006, Facts on File), and was the lead author of two reports (2005, 2006) to the City and County of San Francisco on ranked-choice voting.