A minor in Political Science offers students a solid grounding in the basic principles of political science, and training in more advanced coursework. The PLSI Minor makes a good complement to a variety of majors ranging from History to Communications. 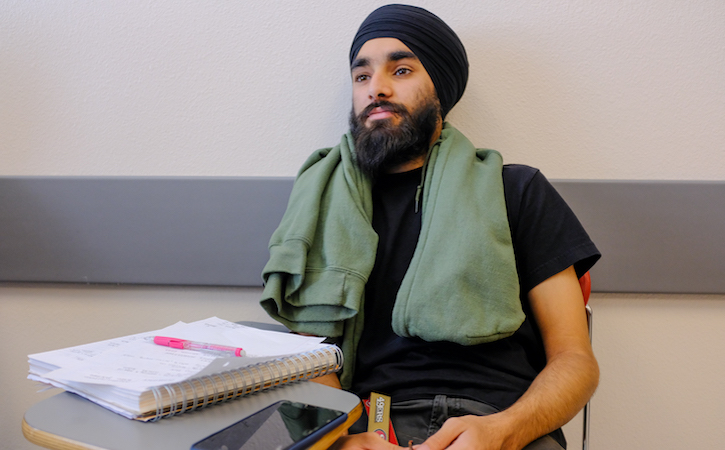 Select any two of the following courses:

Please note that these courses MUST have a PLSI prefix. Students may choose from upper-division breadth or elective courses.

The minor seeks to address the way that so much of contemporary social thought is uncritical. It is guided by the belief that a better world is possible and that social thought has an important role in outlining the form such a world might take and identifying the agents who might be capable of bringing it about.

Middle East and Islamic Studies (MEIS) is a multidisciplinary minor designed to provide a broad understanding of the cultures, history, politics, and economies of the Middle East and Islamic societies, very broadly defined. The emphasis of the minor is on the complexity and diversity of these societies as well as some of the connections between them. The program includes study of the Middle East from the founding of Islam in the seventh century to the present, as well as those cultures and areas in Asia, Africa, and elsewhere that are associated with the historical and current spread of Islam.

This minor was created in 2007 with the support of then-deans Joel Kassiola and Paul Sherwin. The goal of MEIS is to encourages student to evaluate common perceptions and misperceptions of the Middle East and Muslim societies, and to develop an appreciation for the complexity of the region, and its cultures, peoples, histories, and politics. As we keep reading about the Middle East in the news, the minor helps to shed light on what led us to these current events.

The MEIS minor is useful for students planning careers in politics and government, business, education, international organizations, journalism, and art, as well as for those who desire a better understanding of the Middle East, Islamic societies, and Muslim cultures.

View the SF Bulletin to read more about Middle East and Islamic Studies.