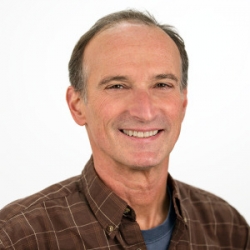 Professor Martin Carcieri taught political science at San Francisco State University from 2007 to 2021, specializing in public law and constitutional theory. For years he oversaw the PLSI Dept. Judicial Internship (PLSI 610/611), a program that pairs undergraduates with San Francisco Superior Court judges for a semester. In his tenure at SF State, Carcieri offered an eclectic set of political science courses, ranging from Judicial Process to the Political Theory of John Rawls.

A native of Southern California, Carcieri grew up in the Los Angeles area and earned a B.A. and M.A. in philosophy from Cal State Los Angeles. It was at Cal State LA that he developed an enduring passion for ancient Greek philosophy. Indeed, Carcieri’s training as a philosopher is what attracted him to law. The logical reasoning and surgical writing abilities of legal luminaries like William Brennan inspired him to complete a law degree at UC Hastings. After a brief stint at a San Francisco law firm, Carcieri furthered his academic career with a Ph.D. in political science from UC Santa Barbara. He wrote his dissertation on U.S. Supreme Court Justice Lewis Powell’s landmark majority opinion--San Antonio Independent School District v. Rodriguez.

Before his tenure at SF State, Carcieri taught political science at the University of Northern Florida and Tennessee. His published works include Applying Rawls in the 21st Century: Race, Gender, the Drug War, and the Right to Die, published by Palgrave MacMillan in 2015. Several attorneys have also cited Carcieri’s work in amicus curiae briefs to the U.S. Supreme Court.

Reflecting on his 42-year career in academia, Carcieri said that his proudest contribution was guiding students through the rigors of higher education, particularly the momentous decision to undertake law school. He has written letters of recommendation for students who attended law school at UC Berkeley, Georgetown, and Cornell. His advice for current and future SF State students is to ensure they complete their bachelor’s degree, which he believes is a strong foundation for most career paths. He also extolled the virtues of service to others, a value he says that his mother instilled in him at a young age.