We have many resources and activities available for our students.

Many Political Science majors are active in the field by participating in research and conferences.

Here are a few recent examples:

The Department of Political Science strongly encourages its students to take advantage of the study-abroad opportunities offered through the SF State Office of International Programs.

A semester or year abroad fulfills the senior culminating experience requirement for PLSI Majors (in place of the senior seminar), and is often one of the most memorable and rewarding experiences of undergraduate education. Studying abroad is particularly useful for students studying political science because time spent in another country provides important new perspectives on other political systems and political cultures. Living in another country helps us learn a great deal more not only about the politics of that place but also, through the comparative vantage point, about politics in the United States. Many of the courses students take while studying abroad can be counted towards key components of the major. 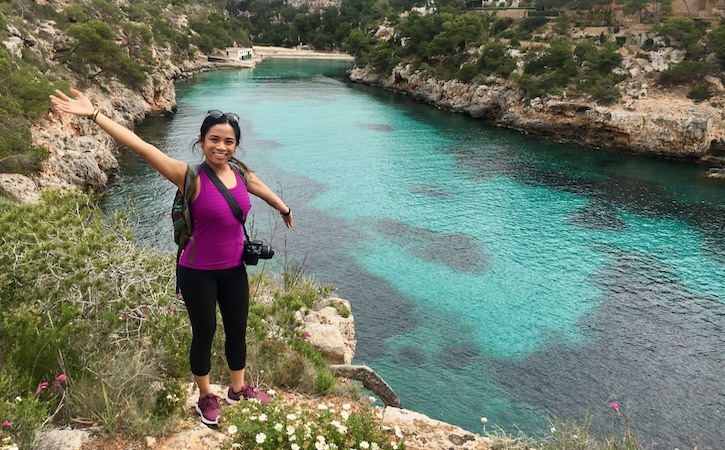 Political Science graduates use their education in a wide variety of fields.

Many occupations today require a college educated individual who can write and speak well, solve problems, learn new information quickly and work well with others on a team.

We encourage our students to avail themselves of the opportunities and educational resources in the SF State Career Services and Leadership Development office.

This means that Political Science graduates use their education in a wide variety of fields, and your future career may relate more to your personal career interests, work values and transferable skills than any specific academic major.

Obtaining experiences within a particular field is extremely important in preparing students for life after college. These experiences can be in the form of internships, part-time jobs or volunteer positions. Regardless, they allow students to develop specific knowledge and skills that both help a student solidify their career choice, and improve their chances of employment in that field following graduation.

The following list a representative sample of job titles of former graduates with Political Science major. Use this as an idea list, and remember that it represents some, but certainly not all, of the careers you might consider.

Students obtaining employment immediately upon graduation are usually those with the best college records and a willingness to relocate to find a job. Some of these jobs also require education beyond a Bachelor’s degree.

Tips for Writing Your Term Paper

Here are some useful sites and tips for writing your term paper.

Plagiarism, defined broadly, is the presentation of another’s words and/or ideas as one’s own without attributing the proper source. It is grounds not only for failure of a given piece of work, which could result in failure for the entire course; it could also result in being reported to the administrative body responsible for student conduct violations and being subject to disciplinary action, which includes expulsion, suspension and/or probation.

The faculty of the Department of Political Science regard any form of cheating, including plagiarism, as a serious matter of academic dishonesty, which threatens the integrity of the assessment process and award of grades and/or the degree, to the detriment of all other students and graduates of the University.

Plagiarism, defined broadly, is the presentation of another’s words and/or ideas as one’s own without attributing the proper source. It is grounds not only for failure of a given piece of work, which could result in failure for the entire course; it could also result in being reported to the administrative body responsible for student conduct violations and being subject to disciplinary action by that body. The same holds true for other forms of academic dishonesty or “inappropriate conduct” (see Appendix 1 — the University code of student conduct and discipline, Sections 41301 through 41304 of Title 5, California Code of Regulations, specified in SF State Bulletin).

Plagiarism includes privately purchasing or obtaining papers from any sources which one then presents as one’s own.

Plagiarism can be intentional or unintentional. It is part of each student’s responsibility to familiarize himself or herself with the rules regarding questions of plagiarism.

How to Avoid Plagiarism

There are differing technical definitions regarding how many words overall or how many words in a row must be copied directly from a source for it to constitute plagiarism. To avoid this problem, it is recommended that students footnote any reference or similarity — whether copied directly, paraphrased or partly paraphrased and partly copied — to a source that they consult. Consulting other sources and making use of ideas presented therein is acceptable and even desirable scholarly conduct, but academic honesty entails that the student makes the reader fully aware that, and to what degree, they have used other sources to craft their own text. Any conceptual material taken from another source, no matter how trivial, must be cited.

Students can use the ideas and information from other authors without directly quoting from them, but this use must be acknowledged. It is not acceptable to submit an assignment which is simply a paraphrasing of extracts from other authors. The work submitted must include some intellectual contribution of the student’s own. And paraphrasing, while acceptable in limited amounts, must be cited as well (and better yet openly attributed in the text).

Resubmission of previously graded work — the submission of the same piece of work for assessment in two different courses by the student author — is not an acceptable practice if it is not acknowledged and explicitly approved by the instructor(s).

Students shall observe the generally applicable provisions of professional conduct whether or not faculty members establish special rules of academic integrity for particular classes. Failure of faculty to prevent cheating does not excuse students from compliance with the University code.

The following are not excuses for plagiarism: “I didn’t realize it was plagiarism;” “It was readily available on the web;” “I didn’t mean to;” “I’ve been under pressure;” “I didn’t know how to cite my sources properly or “I have serious (emotional, physical, mental) problems which excuse my acts of plagiarism.”

There are, of course, many other possible excuses that students could make. If plagiarism has been properly described to students (whether in the syllabus or in class), there is no excuse that makes plagiarism acceptable, although circumstances may dictate slightly different responses, at the discretion of the instructor and the faculty in general, It might be a good policy to have all syllabi in Political Science classes contain the same language on plagiarism as a matter of course (possibly the definition of plagiarism cited above).

The department regards any form of cheating including plagiarism as a serious matter of academic dishonesty which threatens the integrity of the assessment process and award of grades and/or the degree, to the detriment of all other students and graduates of the University.

Plagiarism at the Undergraduate Level

The instructor has broad powers to determine whether plagiarism has occurred in a given course through collecting relevant evidence, questioning students, etc., and make his or her own decision on the penalty, including failure of a specific piece of course work or failure for the entire course, depending on the nature of the course assignment and grading structure of the course.

However, the penalties for a serious case, such as repeated occurrences of cheating and plagiarism include expulsion, suspension and/or probation of the student, and should follow procedures consonant with due process established pursuant to sections 41301 through 41304 of Title 5, California Code of Regulations, specified in the SF State Bulletin. The faculty shall file the case with the judicial officer housed in the Office of the Dean of Student Affairs for further actions (see Appendix 2 – the flow chart of the University’s procedures provided by the Dean of Student Affairs).

Plagiarism at the Graduate Level

Questions of plagiarism at the graduate level operate more or less in a similar manner to those at the undergraduate level. Note that the University’s Division of Graduate Studies has no explicit plagiarism policy per se. For the question of plagiarism in a given class, the procedure works exactly as it does at the undergraduate level, with the one difference being that when graduate students receive a grade of “F,” their standing in the program is immediately jeopardized as it puts them into academic probation.

In the Master of Arts program, there is the added question of what happens when and if graduate students are found to have committed plagiarism on either their comprehensive exams or their M.A. theses. In this case, failure is tantamount to being evicted from the program. Normally a student who fails an exam (or presumably also a thesis, although this must surely be a rare event) gets to take that exam again. In the case of failure because of plagiarism, this rule cannot apply automatically. A committee formed by the professor(s) who discovered the plagiarism, the chair and the graduate adviser should meet to determine the level and seriousness of the act of plagiarism and the proper response. If the faculty opts for declassification/expulsion (that is to say, if they decide that the student should not be permitted to retake the exam), the faculty as a whole must approve this decision.

Should the students appeal their expulsions, this same committee would deal with any university level procedures, involving deans or various campus offices that the student has turned to in their appeals. Because the University has no set policy for graduate programs, this will occur on a case-by-case basis. The committee must adapt and respond depending on the facts of the case, in the course of which this committee must turn to the department faculty as a whole for guidance and approval in terms of how to proceed and what determinations to make with regard to that case.

At the graduate level, in the case of declassification, an explanatory letter will be sent along with any action taken to the student’s permanent file. If or when this student applies to other universities or requires that the transcript be sent, this letter may be included, depending on the nature of the application and on the policy of SF State’s Division of Graduate Studies as regards the content of what they send.