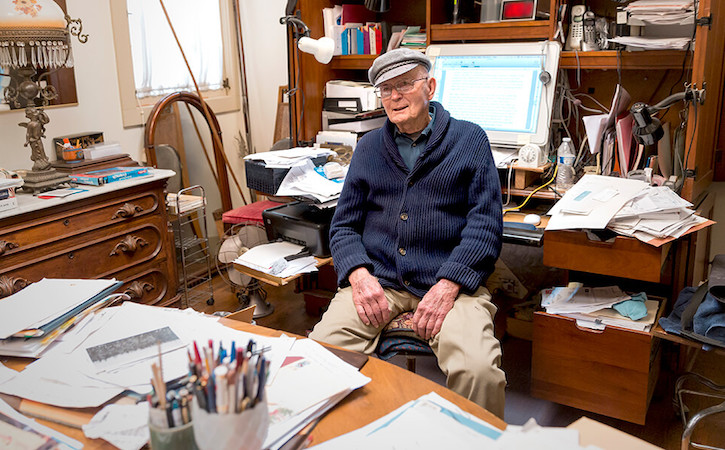 Professor Emeritus of Political Science R. Gene Geisler passed away on February 7 at his longtime home in San Francisco. A pioneer in the use of computing in the social sciences, he established the Gene Geisler Endowed Scholarship for Empirical Research in Political Science at the University with a $312,000 gift in 2016.

Born and raised in rural Missouri, Geisler earned his bachelor’s degree from George Washington University in 1949 and his master’s from the University of Connecticut in 1950. He then served in the U.S. Army during the Korean War and was stationed at Fort Baker in Marin County.

While completing his dissertation at the University of Chicago in the late 1950s, Geisler worked with Democratic Illinois Senator Paul Douglas on political data analysis. Access to such data, even then, required computer programming skills to extract data sets. In 1959, SF State President Glenn S. Dumke visited Chicago looking for faculty recruits. He offered Geisler a plane ticket for a job interview in San Francisco. Soon after, Geisler’s first course at SF State incorporated computer programming into student research.

In lieu of flowers, donations may be made to the Gene Geisler Endowed Scholarship for Empirical Research in Political Science using this online form.