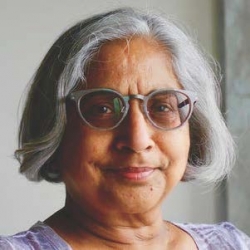 Amita Shastri is Professor of the Department of Political Science. She is a comparativist  with research and teaching interests in democracy and democratization, ethnicity and nationalism, and political economy of development; especially with reference to South Asia and Sri Lanka. She earned her doctorate in Politics (International Studies) from Jawaharlal Nehru University, New Delhi (1985). She was awarded the Pew Faculty Fellowship in International Affairs, John F. Kennedy School of Government, Harvard University, 1990-91; and has been Research Fellow and Visiting Scholar at California Institute of Technology, University of California at Los Angeles, and University of California at Berkeley. She was a Visiting Fellow at the International Center for Ethnic Studies, Colombo ( Sri Lanka ) in 1991 and 1998, and held the University Grants Commission Research Fellowship in India, 1977-1981.