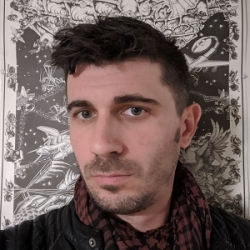 Chris Longenecker teaches courses on American politics and political theory at San Francisco State University and Ohlone College. He was a co-founder of the Occupy Wall Street movement in his native New York and has participated in a wide variety of movements for social and economic justice, as well as a number of electoral campaigns.

He received his M.A. in Political Science from San Francisco State University and his B.A. in Government and Latin American History from Suffolk University.